John Suarez and Jonathan Manrique are organizing the tournament fundraiser as part of their school community service project. It’s a competitive tournament featuring the wildly popular Super Smash Bros video game. Multiple game stations will be set up around the Columbus High School cafeteria so gamers can challenge each other in matches for a $10 entry fee per team or individual.

Proceeds from the tournament, and from the sales of donated soda and water from Winn-Dixie, and hot dogs donated by local favorite Arbetter’s Hot Dogs, will go toward funding lung cancer research through the LCFA. Donations toward the young mens’ goal of $4,000 can also be made directly to LCFA through the this link.

“We are so grateful and impressed with these young men,” said LCFA Executive Director Jim Baranski. “They recognize the need for additional funding for lung cancer research, which kills more people than breast, prostate, and colon cancer, combined, and yet is one of the least funded in terms of research dollars.”

John lost his grandmother, Celina Suarez, to lung cancer in the summer of 2016. She was a teacher and Cuban immigrant who worked as a schoolteacher. Celina was diagnosed when a persistent cough finally forced her to go to the hospital. The diagnosis of lung cancer was a shock, as she was a non-smoker. 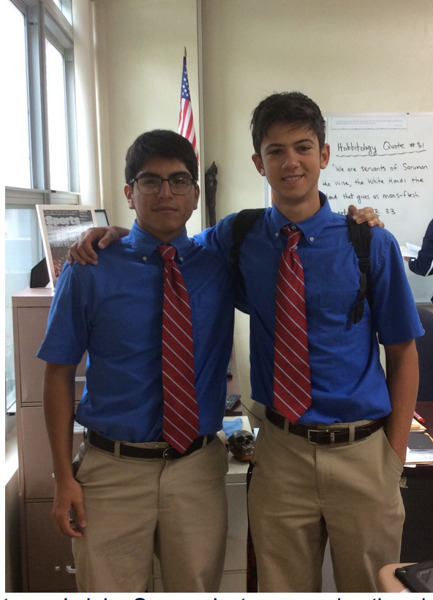