Ahmed Khalil’s father was a hardworking man, a construction worker in Cairo who supported his family through grueling manual labor every day for years. He was diagnosed with stage 4 lung cancer during a physical workup for an unrelated issue, and struggled to find treatment. One doctor even suggested not treating the lung cancer at all, concerned that it would be too painful.

But Ahmed’s father, Nadi, was lucky to have his son. Ahmed graduated from medical school in Egypt, and helped coordinate his father’s treatment, including three rounds of chemotherapy.

“If his son was not a doctor, he would not have had optimal treatment, but he got the best treatment because I was coordinating (everything),” says Ahmed.

In addition to helping his father receive the right treatment, Ahmed- now Dr. Khalil- was also helping to support his father and younger siblings, but needed to leave the country to continue his education. He moved to the United States to continue his studies at a research institution.

Nadi continued working in construction, stopping only to receive chemotherapy. He responded well at first, and was was not in pain. After the third round of chemotherapy, however, his lung cancer became more aggressive.

Ahmed looked for additional treatment options, and asked a colleague, a university oncologist, for help. His colleague recommended a course of Opdivo immunotherapy, but the monthly price tag of $11,000 was just the first hurdle. He couldn’t bring his father here to receive treatment, and he couldn’t buy the drug for his father and ship it. He reached out to the LCFA for help, who put him in touch with a Bristol-Myers Squibb representative.

A series of Bristol-Myers Squibb doctors in the United States, Dubai, and Egypt worked together to coordinate getting the medicine to Ahmed’s father, who started receiving Opdivo a month and a half after Ahmed reached out for help.

Despite the efforts of so many, Nadi Khalil passed away in July 2016. Still, Ahmed is grateful he was able to help as much as possible, and continues advocating for lung cancer patients and research in his father’s memory.

“If I wasn’t a doctor I don’t think he would have survived for as long,” Ahmed says. “The message I want to convey is: never give up. My father lived for 4 years after being diagnosed, but he had a good quality of life for 4 years and was not in pain.” 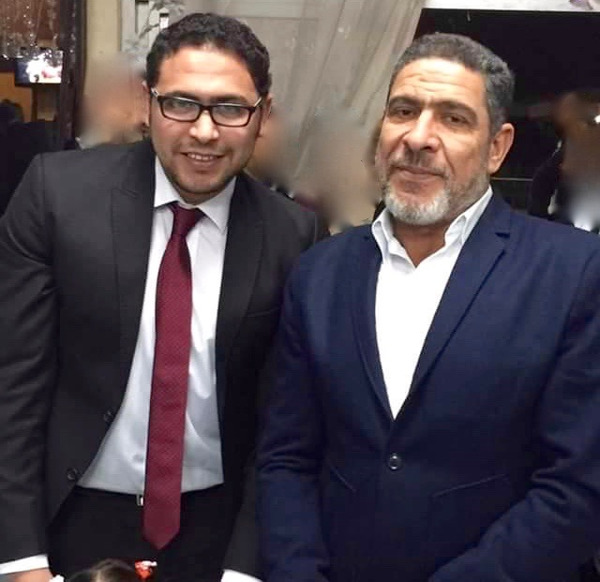