Juanita Segura calls herself “a CrossFit diva.” The fit and active 47-year-old is a certified trainer and was in the process of opening her own CrossFit studio when she was diagnosed with lung cancer in November, 2014. The diagnosis was so shocking that she couldn’t bring herself to research the disease or possible treatments.

Because her cancer was very aggressive, she began chemotherapy and radiation immediately. Juanita did have genomic testing, but the results were delayed by several months. When the genetic tests came back showing that she was ALK-positive and a good candidate for immunotherapy, she immediately began treatment and has shown significant improvement.

Juanita is a tireless advocate for those facing a similar diagnosis through her social media and volunteer work. She encourages anyone who’s been diagnosed with lung cancer to have genomic testing performed immediately and assemble a proactive oncology team.

Today, Juanita is feeling strong enough to fulfill her dream of opening her own CrossFit studio: Region Rat CrossFit in Griffith, Indiana, near Chicago.

Juanita credits her large immediate and extended family and Christian faith with her positive outlook.

“I don’t care what faith you are, you’ve got to believe in something and hold onto that faith,” she says.

Juanita is a fluent Spanish speaker, and is eager to share her experience and wisdom about life with lung cancer with the Spanish-speaking community. 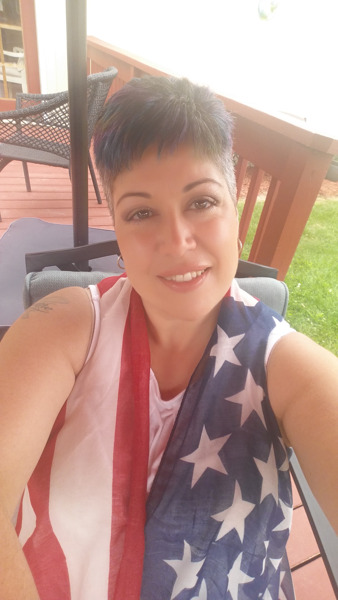