Linnea knew something was wrong. She just couldn’t get anyone to believe her. It was 2001, and she didn’t feel good. Linnea felt weak, sick, had pronounced shortness of breath, and a chronic cough. As a non-smoker, lung cancer was not an immediate consideration for her doctors.

She was diagnosed with adult onset asthma. But she didn’t feel better.

Her general practitioner jotted some notes in Linnea’s medical file about possibly checking for lung cancer and left town for a trip. He died aboard one of the planes that hit the Twin Towers on 9/11.

For several years, she worked with a new general practitioner to pinpoint the cause of her illness, while struggling with the symptoms. Finally, she went to a neurologist to rule out multiple sclerosis. He suggested that the symptoms were all in her head: hypochondria.

The misdiagnoses continued until a long bout with pneumonia led to a CT scan which revealed a large mass in her lungs. Her doctor told her was probably a fungal infection. A biopsy revealed stage 1B lung cancer. It had taken more than 4 years to get a correct diagnosis.

Linnea finally requested her medical records from her general practitioners’ office and saw the notes from her first doctor about checking for lung cancer. She feels like she would have been correctly diagnosed earlier- possibly years earlier- had her original general practitioner lived. Her experience turned her into a warrior for patient advocacy, in addition to a lung cancer survivor.

“I set an example that you can push back and you will still get care,” she explains. ““Your life is not as important to anyone as it is to you, and you really have to stand up for yourself.”

Linnea had surgery to remove the tumor and lower lobe of her left lung, and started a course of chemotherapy. But her first scan after surgery and completing chemo revealed a new nodule.

In 2008, Linnea became very sick again and was given three to eight months to live. After undergoing genetic testing that showed she was ALK positive, she was given the option of going on a cutting edge Phase 1 clinical trial. She became the fourth person in the world to take part in a study of Crizotinib.

“From the moment I was diagnosed, I set my sights on being an outlier,” she says. “And 12 years later, damned if I’m not an outlier and a survivor.”

Since then she has taken part in three Phase 1 clinical trials.

Despite never having more than a 70% reduction in disease, she has learned to live with the disease as a manageable, chronic condition. Instead of NED (No Evidence of Disease), Linnea says she’s NDY (Not Dead Yet). Her experience has made her a patient advocate and a lung cancer activist.

“You have to be your own best advocate,” she says. “I say very forcefully now that I am an expert on my own experience.” 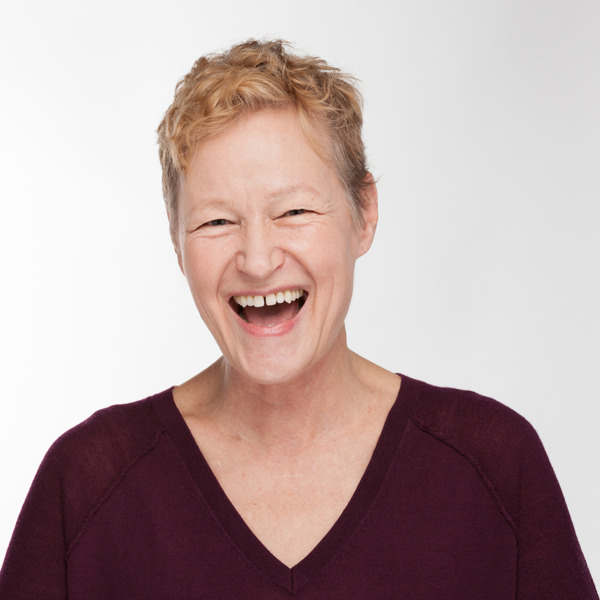