Danyelle Shapiro was in first grade when her family found out that her father had lung cancer. Larry Shapiro was diagnosed in the spring of 1995, after going to a chiropractor for constant back pain. A follow-up X-ray revealed a grapefruit-sized tumor in his lung and he immediately began chemotherapy and radiation. His lung was removed that fall and the family was hopeful that he would be OK, even though the cancer had already spread to his other lung.

In the spring of 1996, Larry’s hand started going numb, and subsequent tests showed the cancer had spread to his brain. The side effects from chemotherapy were very difficult, and he remained hospitalized. He suffered a seizure in late summer and the decision was made to bring him home with the help of hospice care for his final days. Larry Shapiro died on Nov 6, 1996 at 41 years old.

Danyelle was 8 years old when her father died. Her younger sister was 6, and her brother was 4. She says her mother “lost the love of her life,” and was left to raise three young children on her own. Despite the loss of their father, Danyelle and her siblings have gone on to successful careers: Danyelle is an attorney, her sister is a teacher, and her brother is in finance. Danyelle is also passionate about volunteering to raise funds for lung cancer research.

“Ultimately I would like to find a cure so someone else doesn’t have to go through what I went through at such a young age,” she says.

Raising awareness is a stepping stone toward that ultimate goal. She and a friend who lost her mother to pancreatic cancer host a fundraiser each fall to raise money to advance cancer research. 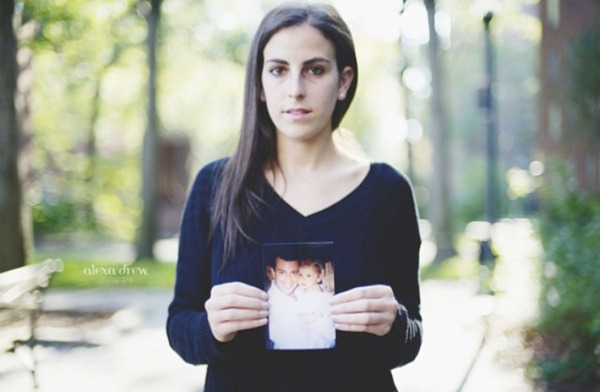