Before she turned to lung cancer research advocacy, Ivy Elkins was a patient. Like so many before her, Ivy’s road to a lung cancer diagnosis was indirect and complicated. It was the summer of 2013, and she was plagued by pain in her elbow and neck. Visits to her primary care physician, an orthopedist, and six months of physical therapy provided little relief. She recalls casually inquiring if it could be cancer.

“No one gets elbow cancer,” she was told.

Ivy did not have elbow cancer, but an MRI revealed that the pain in her elbow was caused by a mass – an adenocarcinoma - which was literally eating away at the joint. In order to discover where the primary cancer was, an orthopedic oncologist ordered a PET scan, which revealed that Ivy’s primary cancer was in her lung. She had no symptoms and had never smoked.

Biomarker testing showed that Ivy’s lung cancer had the EGFR mutation, which made her eligible for a targeted therapy approved by the Food And Drug Administration (FDA) just a few months earlier. Ivy’s treatment plan was simply a daily pill – she would not need to undergo surgery, chemotherapy, or radiation. The 47-year-old mom of two tweens was thrilled to have been spared the often difficult side effects from traditional lung cancer treatments. The targeted therapy kept her disease at bay for three years.

Then, Ivy’s cancer began to build resistance to the drug.

Because it is not uncommon for the cancer to outsmart the drug, many patients find that their cancer develops resistance to targeted therapy, resulting in the possibility of further metastases and mutations. In Ivy’s case, it was the T790m mutation. Once again, luck was on her side: just months prior, a therapy targeted to her new mutation had been approved by the FDA, one of the many new therapies approved within the past several years. The importance of ongoing research and lung cancer research advocacy cannot be overstated: thanks to advances in research, she is managing her lung cancer from drug to drug.

At the time of her diagnosis, Ivy, a married mom of two boys, had been thinking about returning to work in finance. As her treatment began, and she had virtually no side effects, she decided instead to become a lung cancer advocate. And boy did she!

Since her diagnosis, Ivy has completed Advocate Training through the American Association of Cancer Research. She is one of the founders of a patient group for her specific type of EGFR positive lung cancer — over 750 members strong — that shares information through Facebook and a website regarding clinical trials and treatments.  Their primary goal is to work as a group to get the attention of lung cancer researchers.

Ivy speaks at lung cancer conferences across not only the United States but Europe as well. She is also a full voting member of the Department of Defense’s Congressionally Mandated Program for Lung Cancer. And, just recently, she’s become a member of LCFA’s Speakers Bureau where she’s already worked on the Hope With Answers video project.

Ivy is living proof of the importance of ongoing research and is doing more than her part to advocate for herself and her fellow lung cancer patients. 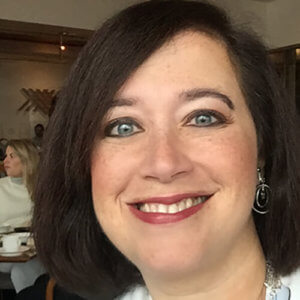