From the time she was a child, Jill Feldman knew more about lung cancer than anyone should. Two of her grandparents – her mother’s mother and father’s father – died of the disease when she was young. Just months later, her father, only 41 years old, would receive his own diagnosis and die within 3 months. A few short years after that, her aunt, and before long, her own mother, would also lose their lives to lung cancer.

This incredible history of lung cancer looming over her, Jill, by then a young mother, decided to launch a preemptive strike. With the support of her internist, she met with a pulmonologist who conducted baseline CT scans of her lungs every 2-3 years. The first two scans came back completely normal. The third one, however, did not. Visible on the scan was one small nodule. The medical team watched it for 3 ½ years until, at 39 years old, Jill was diagnosed with Stage 1 lung cancer.

Given her family’s history of lung cancer and her extensive exposure to lung cancer diagnoses, Jill knew how unusual it was to be diagnosed at such an early stage. In fact, she fancied herself a poster child for early detection. And for many years, she was.

After undergoing surgery then, as an adjuvant therapy, Jill spent 15 months on a targeted therapy for EGFR+. Despite the availability of a clinical trial, its location halfway across the country made it impossible for her to participate. Instead, she took the medications off-label, and then she received the best possible news: a clean scan. Jill, the team announced, was cured!

But just 6 months later, relief was replaced with heartbreak when a new node appeared on the scan. Jill, then the mother to four children ranging in age from 8 to 14, was re-diagnosed with lung cancer. Because it was 2 1/2 years later and in a different place in her lungs, her diagnosis was considered a “new” stage 1 lung cancer. Jill would endure another surgery and another proclamation that she’d been cured. Follow up scans, however, would prove otherwise. Ultimately it was determined that the nodules were, in fact, metastases from the original diagnosis. Jill’s cancer is now considered to be stage 3b.

Carrying her family’s history of lung cancer with her and having lost her own father when she was just thirteen, Jill was devastated at the thought of her children having to go through what she did. Upon receiving news that she was now a Stage 3b patient, she found herself in what she describes as a “huge cancer depression,” obsessed with what this would all mean for her children. Over time her pragmatism kicked in and she decided that this disease, while it had control over her body, was not going to control her mind and, perhaps more importantly, her joy.

“No one is exempt for the hell at the beginning, but it isn’t about what happens, but how you move forward. You just cannot allow cancer to run the show. I am a realist… I’m not looking for a Hail Mary pass, just looking to get a next first down.”

With the disease contained to her lungs, Jill is grateful that, for now, it can be managed as a chronic disease. In addition to the initial surgeries and adjuvant therapies, Jill has endured stereotactic body radiation, a targeted radiation designed to manage the cancer. But today, almost 10 years following the first bad scan, she is in “watch and wait” mode, not currently undergoing treatment and living a full and happy life, long-term — yet manageable — side effects of previous treatments notwithstanding.

We often hear people say that their cancer diagnosis was a gift. Jill, with her signature warmth and sense of humor, disagrees…sort of. After commenting that “it was a gift she would like to have returned,” she is quick to acknowledge the silver lining in her diagnosis and history of lung cancer. Her kids are thick as thieves, the oldest three all attending the same university (which, it just so happens, is her alma mater!), and the youngest still in high school. Her sense of humor is not just intact, but keeping her strong.

And, perhaps most noteworthy, through the power of advocacy and social media, she has made deep, meaningful and lifelong connections with other lung cancer patients, Juanita Segura and Ivy Elkins among them. Jill partners with LCFA and several other patient advocates on the Hope With Answers℠ video project, a series of conversations between lung cancer patients and doctors about the latest in lung cancer research and treatments.

“Social media has been life changing for lung cancer patients. None of us could do this alone.”

Jill’s resilience and continued determination in the face of loss and her own disease serve to inspire her family, her fellow lung cancer patients, and the larger LCFA community. 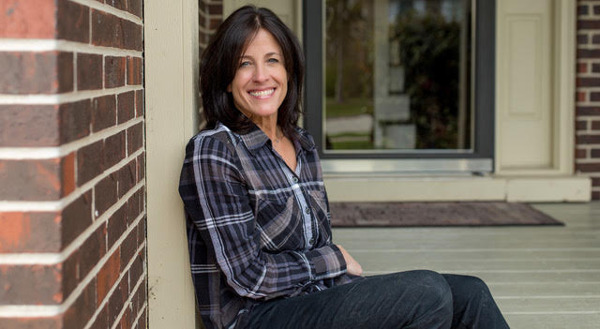