Laronica Conway of Birmingham, Alabama speaks about lung cancer in loving memory of her mother, Lillie M. Conway. Lillie Conway was a teacher and guidance counselor in a small rural school in northeast Louisiana for 38 years, until she retired. It was her first job out of college, and she loved teaching and working with her students.

After completing several big projects in the garden one day in 2008, Lillie’s neck felt strangely sore. She went to the doctor to have it checked out, and was diagnosed with stage 4 lung cancer that had spread to her lymph nodes. She underwent chemotherapy, which was initially successful. Genetic testing wasn’t yet widely available at the time, so she was not tested for genetic markers that might have lead to targeted therapies.

By 2011, the cancer had spread to Lillie’s brain and her condition declined. Laronica left her own job to be a full-time caregiver to her mother.

“I spent nine wonderful months caring for my mom and I would do it all over again,” Laronica says.

Lillie Conway passed away in May, 2012 at 68 years old. Today, her daughter Laronica helps raise awareness of lung cancer, the importance of genetic testing after diagnosis, and the critical need for continued lung cancer research. 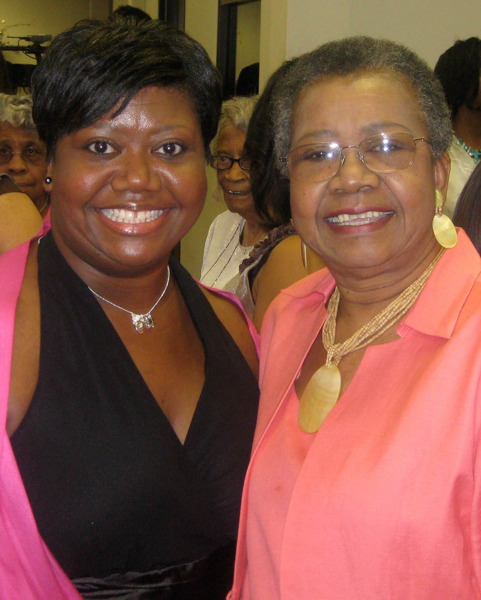