Laura Greco is determined to fight cancer with everything she’s got, to be here for her children and husband. She has Stage 4 cancer following an initial diagnosis of Stage 3A ALK positive lung cancer in 2015. She was treated and had no evidence of disease for about 15 months, until October, 2016.

Laura might never have discovered her lung cancer had it not been for a serious car accident she and her then six-year-old son survived. At the hospital, she was given a complete body scan that showed a mass in her left lung. With no noticeable symptoms, she nearly forgot to mention it to her PCP in a follow up exam days after the accident as she was recovering from a concussion that left her thinking temporarily fuzzy.

A subsequent bronchoscopy confirmed lung cancer, leading to six weeks of aggressive chemo and radiation at Boston’s Dana-Farber Cancer Institute, a two-and-a-half hour drive from her home in Albany, NY. This meant finding an apartment in Boston and taking a leave from her legal work to go on disability. Laura’s law firm was supportive and in January 2017, named her a member of the firm.

Laura, who never smoked and has no family history of lung cancer, underwent surgery in June 2015 to remove part of her lung and lymph nodes. Thanks to parents, in-laws and her husband, the children were kept on as normal a routine as possible during Laura’s treatment.

Four more rounds of chemo followed and then a period of being disease-free, only to have the cancer come roaring back.

“I started taking a targeted therapy in October and have had overall really good results-- it reduced the tumors by 75% in six weeks,” Greco said. “Unless we can get advances and figure out how to overcome the mechanisms that cause cancer to spread, I am living with a terminal disease. There are other drugs I can use when this stops working, but eventually my number will come up.”

Laura believes lung cancer is an epidemic no one is talking about, due in part to the stigma connected with smoking. She would like to see research look at combinations of treatments that can lead to lung cancer becoming a chronic versus fatal disease, the way treatment for HIV has developed.

“I can’t control whether I live or die- no one can ultimately- but what I can control is how I react to cancer and what I do to change my circumstance or try. I’ve made the decision to fight and do everything in my power to try to make it.” 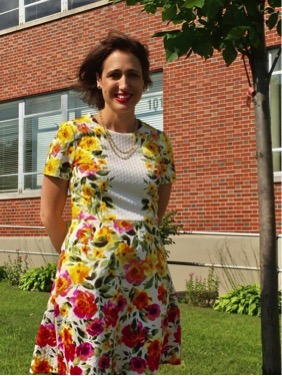